Should we use OnPush in Angular or not? That’s the million-dollar question. Will it increase performance significantly? Will OnPush make our application better, more performant, and more predictable? We will dive deep into this topic in this article.

A component has a lView (logical view) behind the scenes and that is the thing Change Detection runs on. When we use the default Change Detection Strategy, every view will get change detected on every tick() in Angular. This means that whenever something happens, for instance:

That Change Detection will run on all views that are bound to components that should be rendered in the DOM of our application. This is suboptimal, to say the least. We don’t want to trigger Change Detection on all of our views every time.

This could result in bad performance, especially when we have multiple *ngFor directives that are creating tons and tons of instances of components.

In short: ChangeDetectionStrategy.OnPush is telling Angular to never run Change Detection on a lView, unless:

So when the view:

So whether the root component has the OnPush strategy applied or not, it will get Change Detected anyway, since it will be marked as lViewFlags.dirty, by one of its child components.

You can play around with this example.

Click on the mark buttons to see how the OnPush strategy behaves.

How big is the impact of ChangeDetection.OnPush in Angular?

We recommend putting OnPush on all components unless:

This simple example will break Change Detection for instance:

Here is the Stackblitz example

If we comment out the changeDetection: ChangeDetectionStrategy.OnPush line it will default to the default Change Detection strategy and the data will be rendered.

Remember: If any of the children of this top-level AppComponent triggers an event, (basically whenever something happens in the entire application structure) it will be marked as lViewFlags.dirty anyway, resulting in Change Detection being run for this component. Unless there is an asynchronous task going on like a pending XHR call. Well, in that case, we want Change Detection to work, right?! If we would use OnPush on that component it would break.

We could use the async pipe that will mark the view and all its parents lViewFlags.dirty, but that doesn’t make sense for PUT, POST, PATCH or DELETE calls.

We do recommend using the async pipe instead of manually subscribing, but in some cases, it’s not possible or becomes complex. That’s why we recommend not using the OnPush strategy on those kind of components unless you know what you are doing. It will not be any more performant since the component will be marked lViewFlags.dirty unless when an XHR call resolves. That’s when we do want Change Detection to work. Avoid manual markForCheck() statements or even setTimeout() statements as much as possible.

So should we use OnPush on all components?

ngZone.runOutsideAngular() can have a bigger performance impact

While this setInterval() code doesn’t do anything, it will still trigger Change Detection every second, even with the OnPush strategy applied to it.

What if we would have a mouseMove event (Eg. for a drag-and-drop) that fires dozens of times a second, while the user is dragging… This would result in Change Detection being run on the top-level multiple times a second. A great way to optimize this is the use of ngZone.runOutsideAngular which we cover in this article where we will create an Angular drag-and-drop with RxJS.

Use Angular its OnPush strategy but only use it if you grasp Angular Change Detection. If you want to learn more about this subject. You could support me by buying this book. 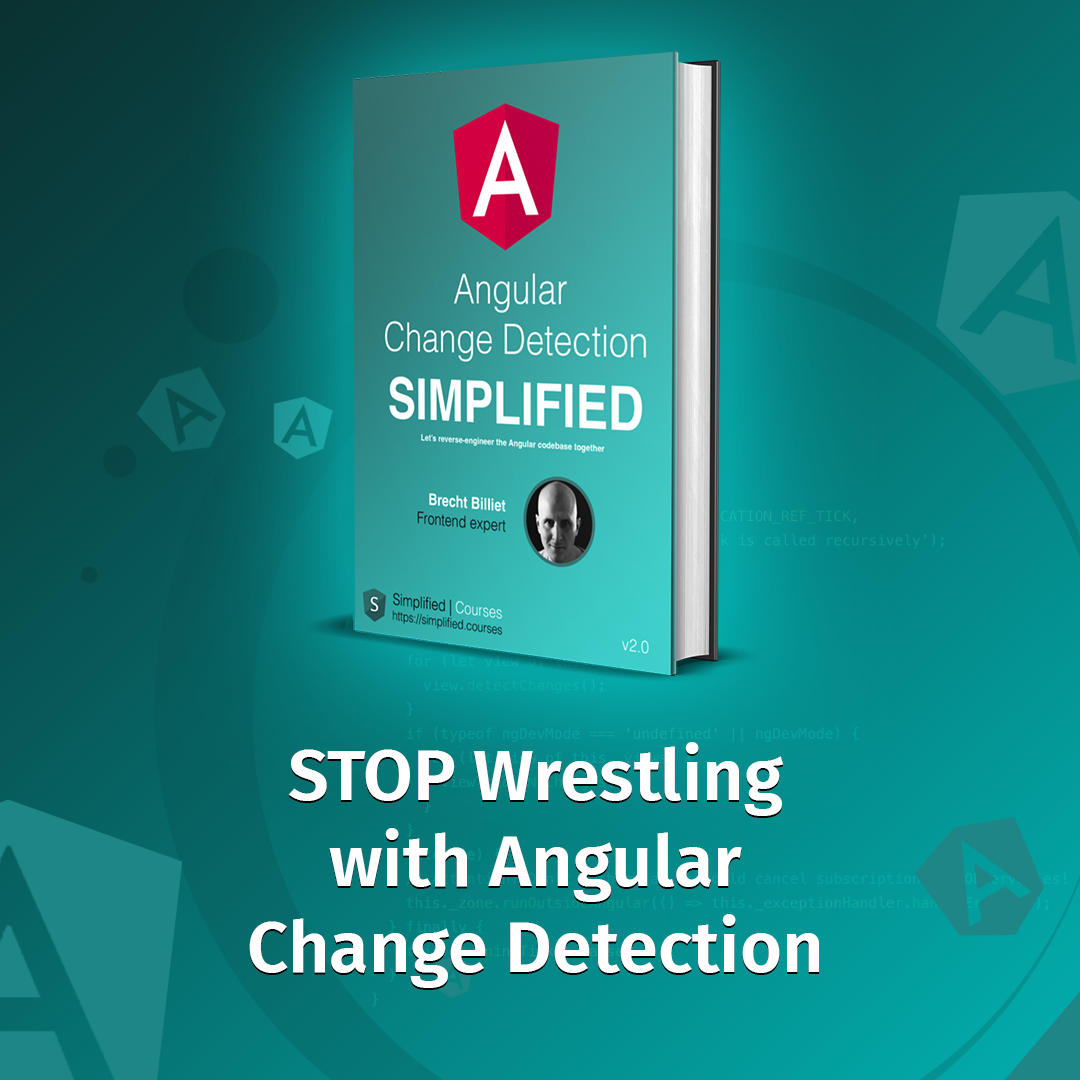 I hope you like the article. I’m looking forward to reading your comment in the comments below!

Special thanks to the reviewer Bryan Hannes.

If you liked the article, please leave a comment!

Join the club and get notified with new content

Get notified about our future blog articles by subscribing with the button below.

We won't send spam, unsubscribe whenever you want.